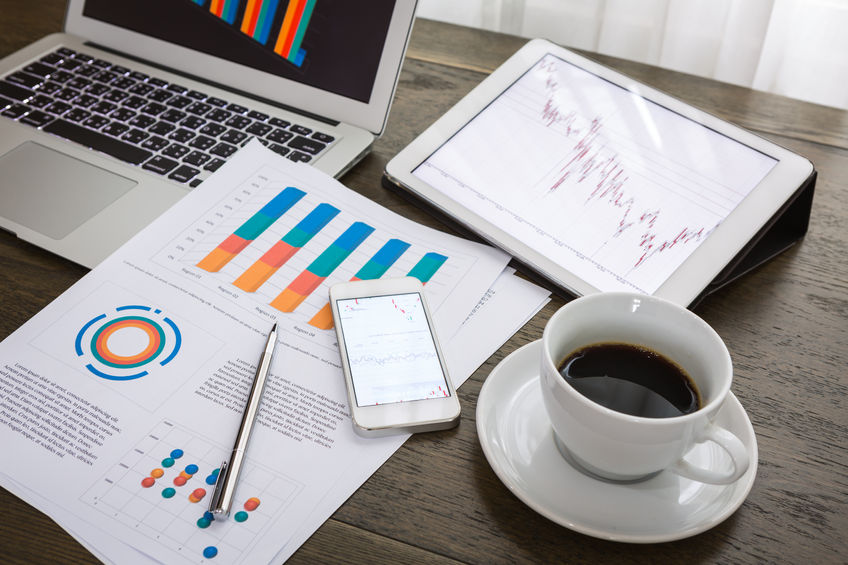 On the road to self-publication? Find out what you need to know as we gear up for 2015.

It’s a fact; e-books are no longer a mere novelty. They have officially become big business. In recent years, electronic books have begun to take over an ever-growing percentage of the literary market share. As we gear up for the New Year, one we predict to be filled with unprecedented content and literature, we’ve put together a snapshot of the e-book marketplace. Are you one of the hundreds of indie authors eking out a name for yourself in the e-market, or are you about to join the ranks? Either way, this blog is for you!

According to Forbes, e-books have dominated 30 percent of 2014 book sales. Don’t let this seemingly small number fool you. Amazon’s current annual book sale revenue has soared to over 5.25 billion dollars. They make up a whopping 65 percent of the 30 percent.

The preference to buy e-books is on the rise. Dan Brown’s most recent novel, Inferno, sold over one million electronic copies in 2013 (1,345,676 to be exact). As of February 2014, Amazon reported two authors (Helen Bryan and Oliver Pötzsch) hitting the one million count for e-books sold.

In the last five years, e-book sales have jumped from just under 64 million copies sold in 2008, to 3 billion in 2013. According to The Wall Street Journal, a 2012 Pew Report stated that roughly 25 percent of Americans read an e-book within the last year. 90 percent of the United States population own a cell phone that supports an e-reader app, 32 percent own an actual e-reader, and 42 percent own a tablet equipped with e-reader capabilities. It has never been easier for readers to access the e-book market.

Independent bookstores are not just a rarity these days; they are virtually non-existent. Less than a tenth of the books sold in the past year were purchased at an independent bookstore. Big-box stores like Barnes & Noble, Amazon, and Borders have ended the supremacy of the independent bookstore, sending a great exodus of them either out of business or into the e-book market as affiliate marketers.

Make no mistake; traditional publishers still have their place. But e-books have created a self-publishing boom. Anyone with the passion, determination, and skill can self-write, self-publish, and self-market an e-book. If you lack the skill, you can always outsource.

Nevertheless, with this revolution comes a common problem: E-Books are often riddled with typos, spelling errors and downright depraved grammar. It’s an audience turn off, and a detail many new authors ignore.

So how can you get in on the ground floor of the e-pub revolution? What’s the secret to gaining visibility and book sales? And how do you turn it into a smashing success?

Step 1: Have a Clear Vision

Your vision. Your limits. Go!

It’s the one piece of advice you will see us preach because it’s at the heart of our creative approach. And it just happens to be the first undeniable step in hitting the ground floor of e-pub running. You must have a clear vision.

No matter how dedicated you are to fiction, self-publishing requires a healthy dose of reality. Realistically, writing an e-book is very similar to writing a print novel. The core process hasn’t changed.

Have you ever noticed how the things that wow us the most are often incredibly detailed? We may not initially see it, but once we do, our original WOW moment turns to pure awe. Your e-book can have the same effect on readers, if you pay attention to the details.

Write it. Proof it. Publish it. E-Book success is that simple, right? Wrong! There is a slew of details to tend to, and we’d like to share the five most critical for fledgling indie authors:

Since elementary school we’ve been told, “Don’t judge a book by its cover.” But more often than not, that’s exactly what we do. E-Books are no exception.

If you’re looking for cost cutting options, or feel that the cover art is too much work for something that’s going to be ignored (Really? Don’t be like that!), read the next line carefully. Don’t skimp on the cover design!

Your cover is important; it’s your antechamber, it’s your billboard. Your cover is your movie poster, movie trailer, and Internet hype machine all wrapped up into one. It’s not always a do-it-yourself project. It must impress and entice potential readers while also hinting at what’s inside. It will sway people’s decision to read and buy.

The description, or synopsis, of your book is a determining factor in whether people choose to sample or buy it. An inadequate description could result in your book going back on the virtual shelf. Lack of a description is self-pub suicide. A great book cover will draw readers in, and a great description will close the deal.

An e-book synopsis needs to be as well written as the book itself. Think of it as the reflection in the mirror from a horror film. You know the scene we’re talking about, the reflection that suddenly smirks back or literally grabs its unsuspecting victim. Your book description needs to reach out from the device, grab the reader by the shoulders, and scream, “READ ME!” Ideally, it needs to suck them into the mirror, leaving them unable to deny the urge to sample those opening chapters and buy the whole enchilada.

At the very least, a synopsis should be good enough to stick in the back of their minds so they keep thinking about it. Maybe they won’t buy your book today, but if you can make a description good enough to leave an impression, to pique their curiosity, they’ll be back.

It’s a fact; people read reviews before they buy. Even if you’re offering the e-book for free, they will still consult the reviews to determine if their time is best spent reading your material. The more reviews you have, the better.

Minimal reviews can signify a lack of visibility or quality. Conversely, if all of your reviews are too similar, people could avoid your book altogether, ruling the assessments as false. If you don’t have a range of reviews from different readers, you’re putting yourself at a severe disadvantage.

Identify the genre you intend to inhabit before you write. Are you going for a romance novel? Do you want to write Star Trek with lightsabers and Cylons? Fine, it’s your book, your vision, and your dream. Write what you want. But know who is going to buy the book and make it something they will want.

If you’re going to write a romance novel, don’t put murder, mayhem, zombies, and Wild Bill in it just for the hell of it. Yes, you can create crossover fiction, or fiction that mixes multiple genres, but know this process is its own beast. At the end of the day, audience appeal sells. So know your genre and write something dedicated fans will go nuts over.

Still with us? This detail is absolutely crucial. There is a ton of crappy content floating around cyberspace like so many ugly shipwrecks. Many readers won’t buy a book if the preview pages contain a typo per sentence. But don’t think cleaning up those pages is all that’s needed.

If your book is riddled with typos, bad grammar, or poor word choice, readers will not buy another. You don’t want your story to end up in some forgotten pocket of cyberspace, where it will never again see the light of any sun. You want readers raving about your story and recommending your e-book. One invaluable means of accomplishing this is to work with an experienced editor—a reachable editor who loves one-on-one collaboration.

Is 2015 the year you’ll make a mark on the e-book market? Apply the steps and tips we’ve shared, and you’ll be well on your way to a successful start. But what if you’ve already published a less than favorable first book? What if you’re staring at bad reviews and few to no sales? Is your career over before it had a chance to begin? Find out in our next blog, Recovering from a Less Than Favorable eBook.

This site uses Akismet to reduce spam. Learn how your comment data is processed.